On Friday, we had three generations of fishermen and women on board the Sea Grappler for a little Spanish trip. Three of the adults are retired from the USCG, including Dave (alias FishAngel.) It’s always more relaxing for the captain when the party knows their way around a boat.

We found lots of nice Spanish mackerel in about 35′ of water not far from Beaufort Inlet. Several times, we had 3 on at a time and quickly caught enough for dinner.

Seawater temp was 78 and there was just a light breeze.

We did have a big fish mug a Clark-spoon but we did not get a chance to see what it was – I suspect it was a king Mackerel. Spanish fishermen beware there are lots of under-  size Kings being caught off Beaufort, andyou might just assume they are Spanish, but remember that Kings have to be 24″ fork length. We always check the dorsal fin: if it’s not black, throw the fish back. Save yourself a nasty ticket. 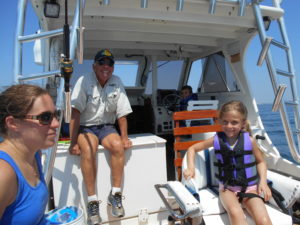 Dave, daughter Katie and grand daughter Holly watch the lines for a bite. 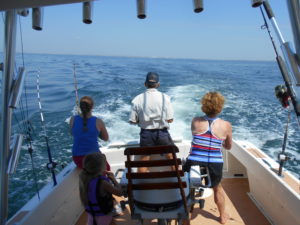 Three fish on at once. 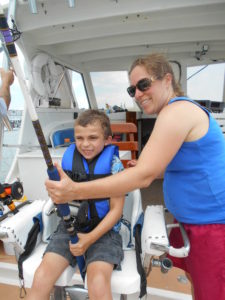 Justin gets a little help. 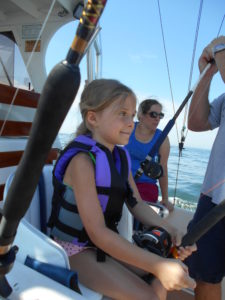 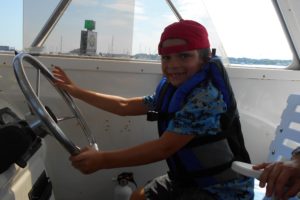 Will Justin be 3rd generation Coastie? looks like he has a good start. 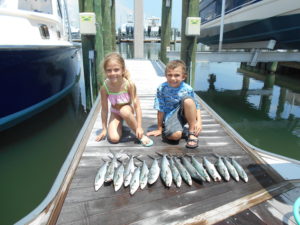 fun times – and plenty for the frying pan